Limpopo provincial chairperson: Poncho Gladwin Mabotja. Born and bred at Madietane
village under Matlala area, Limpopo province. He was born on 04 October 1972 as the first
son of Kwena Simon and Ntsitsana Francina Mabotja. Poncho completed his primary
education at Madietane primary school in 1985 and obtained his matric at Ngakana high
school in 1991. He obtained Secondary Teachers Diploma and ACE in Mathematics from
Setotolwane college of Education and UNISA respectively. Poncho started teaching
temporarily in 1995 at Modisha secondary school as a Mathematics and Physical Science
teacher and also acted as Maths and Science HOD from 1998-2001. He then became an HOD
for Maths and science at Pipa primary school from 2007 to date. He also served as Examiner
of Hlanganani Mathematics association [HLAMA] (1998 -2001 He joined PEU in 1999 and
served as Finace chairperson, Motion and labour chairperson, vice chairperson and
chairperson of Rethabile Branch of PEU between 2001 and 2009. He also served as Motion
and labour chairperson, vice chairperson and chairperson of Letaba North District of PEU
between 2010 and 30 January 2020. He was elected as Provincial Chairperson on the 31st
January 2020. 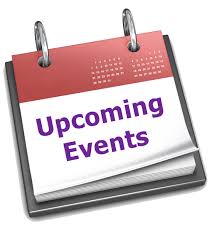